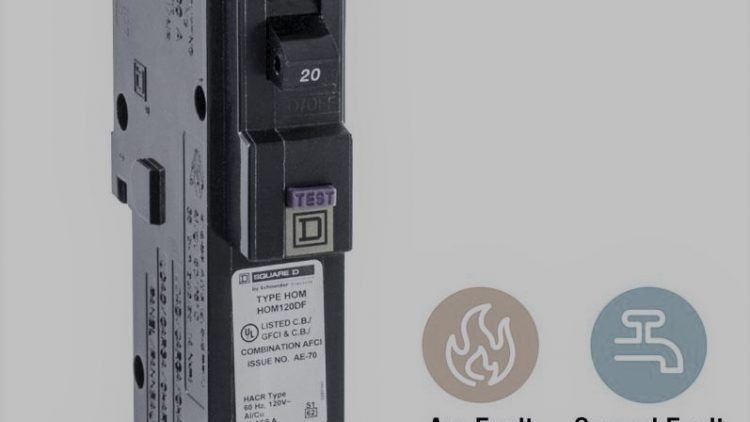 AFCIs interrupt arc faults, preventing overloaded, overheated, or short-circuited breakers from causing an electrical fire. Found in the electrical panel of a home, AFCIs work like a standard circuit breaker with an increased protection capability. Functioning like a standard breaker, AFCIs trip and cut electricity after sensing a dangerous arcing condition.

The NEC (National Electrical Code) establishes the electrical standards for the USA, and AFCIs have been required for a home’s bedrooms since 2002. In 2008, AFCI usage standards began including the electrical wiring of other home areas, such as the family room, dining room, family room, living room, closets, and halls.

According to the U.S. Consumer Product Safety Commission, the installation of AFCIs would prevent greater than half of the electrical fires in American homes. Although the NEC requires AFCIs, you should not assume they are installed in your home, especially if it is older. Call a licensed electrician for a safety inspection that will include taking a look inside your electrical panel. The ideal protection against fire is prevention.

In the 1960s, GFCIs were increasingly installed in homes to provide protection from deadly shocks caused by ground faults when using tools or appliances. A ground fault occurs when an unintentional electrical path occurs between a source of power and a grounded surface. A person in this path can suffer fatal electrocution. A GFCI cuts power to the circuit when electricity flowing into the circuit differs even slightly from that returning, indicating current leakage. In contrast, as described above, an AFCI detects dangerous arc faults and shuts off electricity, preventing electrical fires.