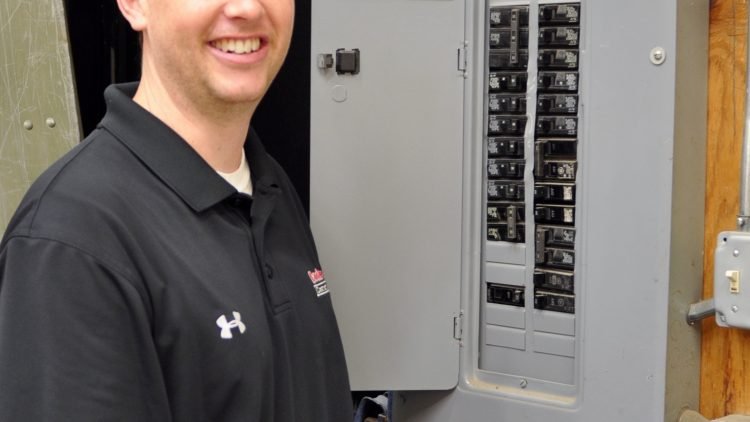 Nowadays, the growing number of appliances and devices often overload the electrical systems of older houses, condominiums, and apartment buildings. This can lead to several problems that could have been prevented by updating electrical panels and wiring.

A home’s electrical system can be compared to the circulatory system of your body. The heart is the electrical panel. Similar to arteries and veins, circuits convey electricity to outlets, appliance, and lighting fixtures. The electrical panel controls the amount of power available for circuits to distribute to these items. The size and number of circuit breakers will determine the power distribution in a home.

Providing electricity to appliances and devices, the electrical panel oversees power distribution. Power from the utility enters a home through the panel and travels into several major electrical branches, then into smaller ones throughout a home. The safety of a home and its residents depend on a properly functioning electrical panel.

Many older homes were constructed to handle only 30 to 60 amps, utilizing a few circuits, so they cannot handle a modern home’s electrical demands, resulting in a hazardous overload. A circuit breaker provides protection by tripping and cutting off electricity when a wire running from an electrical panel to devices and appliances becomes overloaded, preventing overheating and fire.

Over time, circuit breakers in older homes eventually become faulty and won’t trip. Some homeowners will also replace a frequently-tripping circuit breaker with another that is too large for the rating of the wire it is intended to protect, greatly increasing the chances of an electrical fire.

For greater safety, ground fault circuit interrupters are now installed to prevent electrical shock and electrocution, which may lead to death or injury.

Providing professional electricians since 1988 in Maryland, Cook Electric is the company you can rely on for all your electrical service needs. For knowledgeable, fair, honest, reliable, and conscientious service, call Cook Electric today at (410) 266-9040. They will be very glad to help you.