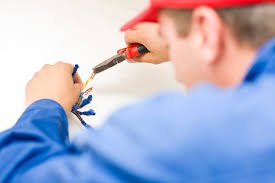 As discussed in Part 1, the increasing number of appliances and devices often overload the electrical systems of older houses, condominiums, and apartment buildings. This can lead to several problems that could have been prevented by updating their electrical panel and wiring. Part 2 will cover Update Symptoms, Upgrade Benefits, and Electrical Fires.

Below are typical symptoms indicating a home’s electrical system needs an upgrade:

An electrical upgrade of an older home would allow residents to use modern appliances in safety. Costly electronic equipment would be protected. In addition, high-energy consuming systems such as centralized heating and air conditioning could be accommodated. An electrical system could also raise a home’s resale value. However, the greatest benefit is ensuring the protection of a home from fire hazards resulting from overloaded circuits.

The update of an electrical system can help prevent the five most common causes of electrical fires in older homes as set forth below.

Overuse and misuse of extension cords because of a lack of outlets. Running them underneath carpets and rugs may cause a fire because of overheating.

Improper use of light bulbs, fixtures, and lamps. Never exceed maximum recommended bulb wattage of a lamp or lighting fixture.

Misusing space heaters, especially by placing them near combustible items such as blankets, curtains, and clothing.

Worn and outdated wiring that does not have the capacity to handle modern electrical demands of households with numerous devices and appliances, including computers, air conditioners, large wide-screen televisions, etc.

For knowledgeable, fair, honest, reliable, and conscientious service, call Cook Electric today at (410) 266-9040. They will be very glad to help you.